Serge Gratton, succeeds Mohamed Kaâniche as Deputy Scientific Director of ANITI. The latter recently left his position to fully dedicate himself to his new role as Director of the LAAS.

Engineer, researcher in private and public research, then university professor,
Serge Gratton's career path has led him to develop a solid knowledge of the higher education and research communities.

During this career, I had the opportunity to scientifically manage research teams in the field of mathematics and its applications, particularly in connection with artificial intelligence. I have thus carried out activities inherent to the management of a team, the search for funding, the setting up and management of projects, the valorization and dissemination of results".

The core of his activities is of course research, which Serge strives to carry out to a high standard
international level. Thanks to a visibility acquired through scientific publications
in leading journals and the supervision of some twenty thesis students
Now working in academic or private research, ANITI's new deputy scientific director is a recognized player in the scientific community. His participation in the editorial boards of the journals SIAM on Optimization and Optimization Methods and Software, and his regular invitations to research trips are just a few examples.

As a teacher-researcher, he is also very active in the field of teaching. On the Toulouse site, he is notably at the origin of inter-institutional training with theINP-ENSEEIHT, l’Ecole Méteo-France andINSA which were all opportunities to measure the diversity of the ways in which training is carried out and the attention that inter-institutional actions require.

These training courses give pride of place to various forms of multidisciplinarity, which are crucial to understanding the scientific issues of the moment in the field of artificial intelligence, where the legal and sociological aspects must advance in conjunction with the logical and statistical forms of the hybrid AI algorithms.

Serge has recently joined ANITI's management as deputy scientific director since it represents an opportunity to bring even more to this project. ANITI chair,member of the Scientific Council as Certifiable PI and of the education boardSerge would like to go even further and contribute to this unique project, in particular by supporting its scientific director, Nicholas Asher, in tackling the challenges ahead: the perpetuation of ANITIits enlargement to other application areas, and the strengthening its regional presence in the ecosystem but also with socio-economic partners are the issues on which Serge wants to mobilize in the very short term.

I also have at heart to continue to develop the visibility of our institute thanks to its scientific influence, its ability to attract young national and international colleagues, and the development of innovative and exemplary actions in the fields of education, knowledge of AI by all our fellow citizens, and of course parity.

The missions of the Deputy Scientific Director are rich and varied. The main missions are to contribute to the different aspects of ANITI concerning research, training and economic development. A good knowledge of the academic and industrial ecosystem of the site, and a national and international visibility is necessary.

Serge will work in synergy with Nicholas Asher, the Scientific Director, for the animation and the piloting of the ANITI scientific program, the structuring of the project and its progress, the interface with the ANITI Chairs, the preparation of evaluation reports and scientific events for which the ANITI Scientific Director is in the front line. Finally, it will be necessary to respond to various requests for the prospection of new partners, the preparation of responses to calls for projects, the possible contribution to events for the diffusion of scientific and technical culture (for example, participation in discussions with the rectorate for training actions in IA for secondary school teachers, etc.), ... 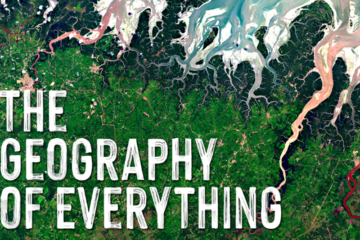 The Geography of AI – podcast with Pierre-Alexandre Balland 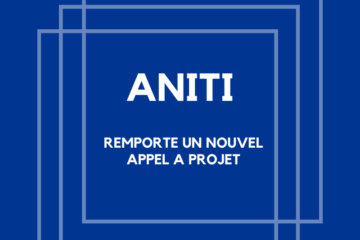